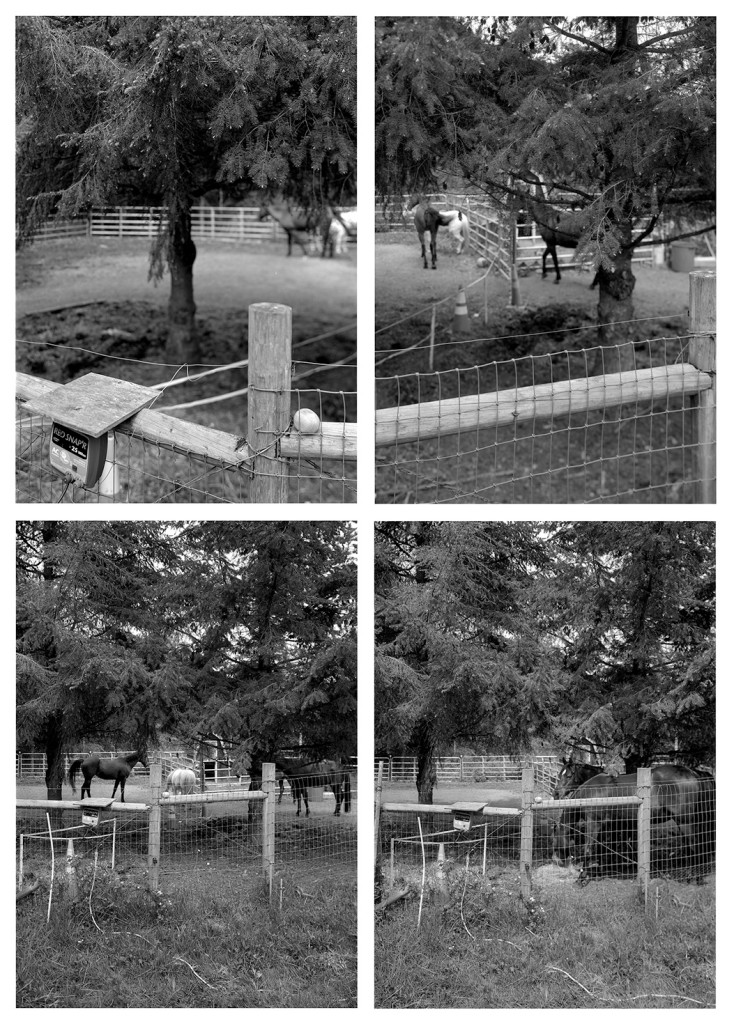 I went to Yakima for a day and a night earlier this week. Even the 5 hour drive wasn’t enough to prepare my eyes for the weapons-grade sunlight of Central Washington. My cheeks hurt from squinting, and my gums have permanent windburn. I wonder if it builds any strength in the eyes at all, being withing this blast radius of electromagnetic radiation and sagebrush, or maybe it just provides enough of a visual workout to suggest it might be so. These days my eyesight feels like it’s about 2-3 feet out in front of me,  the foreground is mostly dislocated noise. Even the emptiness of such a landscape can suggest improved vision in a backhanded way- there just isn’t that much in the foreground to focus on. Especially coming from the teeming peripheral infestation that is the Olympic Peninsula. So there is a superficial relief in all this available space, even if subjecting my homemade wooden film camera to the light and wind felt more like NREL testing than photography. 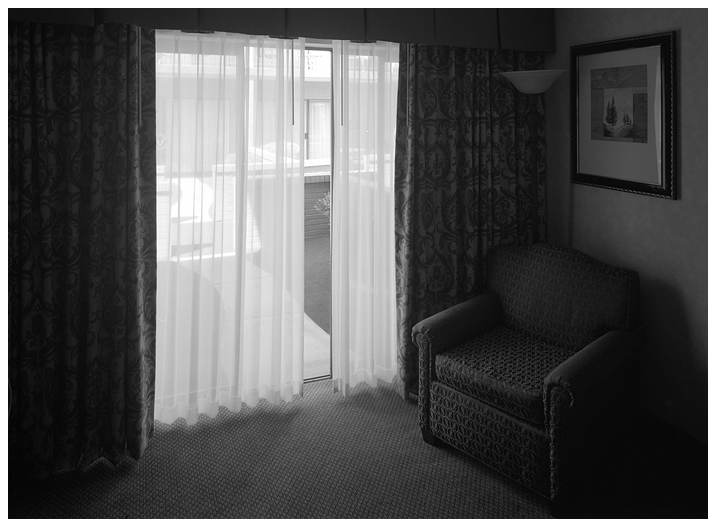 My hotel did have blackout drapes, required to darken the room to change out the film holders in preparation for the shooting spree that never happened. The hotel room was of course unfamiliar and overall presented a odd collection of new things to be shut in with in the dark, so my senses ran away from me a little while changing film in the bathroom.   The spiral CFL bulbs pulsed while cooling until it was impossible to distinguish actual light from the afterimage on my retinas. In the other room the A/C idled nonstop like a long-haul semi at a truckstop, with the minibar fridge providing harmony in a perfect fifth. The toilet sounded like it was creeping down the wall and across the tile towards me, slouching on rotting studs behind dewy wallpaper. 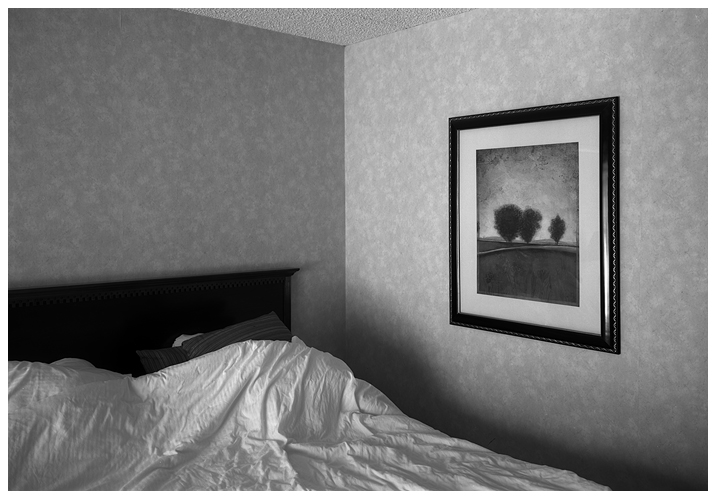 Having the lights back did little to dispel the mood.  The corporate art seemed more detached than usual.  The wallpaper pattern looked floral only in a fungal way. Shucked to skivvies I sprawled on the bed with a cold chicken drumstick and watched Deadwood on my superheated laptop. The popcorn ceiling dusted a light nap in asbestos and gypsum. I did get up a bit later in an effort to take some more photos, but wondered if I was inspired more by novelty of place that than creativity. I drove around for hours, seeing much that was convincing and new, and nothing that might survive an association.

The Yakima Valley is a great place to be farsighted and optimistic, especially on such a short visit. Having adjusted to the light and climate a bit more,  I was so impressed by the light and air driving around the next morning that I started fantasizing about relocating here. But in the end I only took these few scenes of my hotel room and the Selah rest stop. Even taking the back roads home (Highway 410 through Rainier NP, which is absolutely breathtaking on many levels) I didn’t stop except to piss in a bottle.

Maybe I’m just finally burnt-out on landscape pictures, or at least weary of the way I see them. There can be so much unexamined habit involved in the act of making a photograph that even the scene itself can sometimes seem bloated with convention before I even set up a camera. New exotic locations do not always provide the expected relief. Which is ok- maybe photography should be more about what can be found instead of just what can be reflexively seen.  There is still much to be discovered about even my own life here in the fecund Olympic Peninsula rainforest, in all this teeming unfocused periphery, in all this tiny scale. Still, it was a great trip overall. I’m happy my photographic memory can be distinct from my internal memory, if either occasionally goes bust. 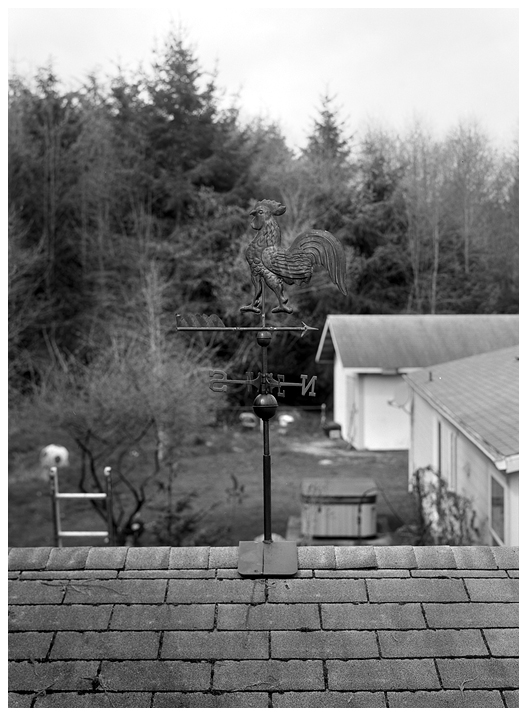 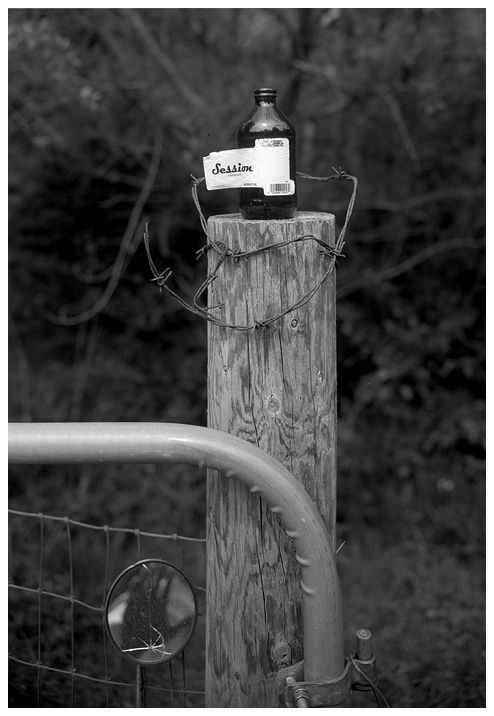 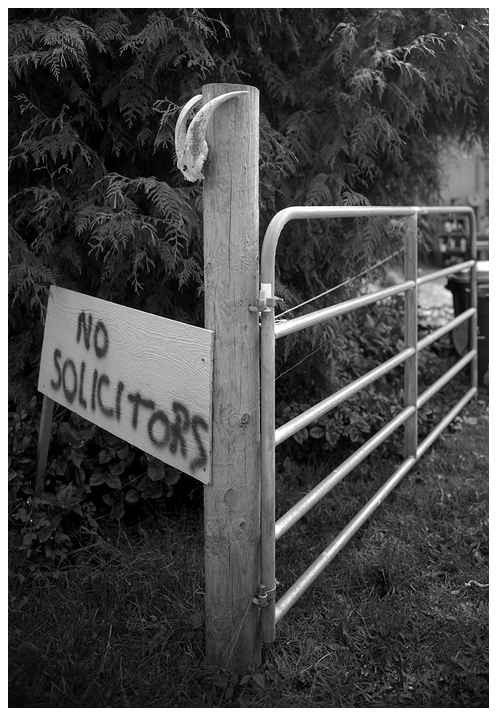 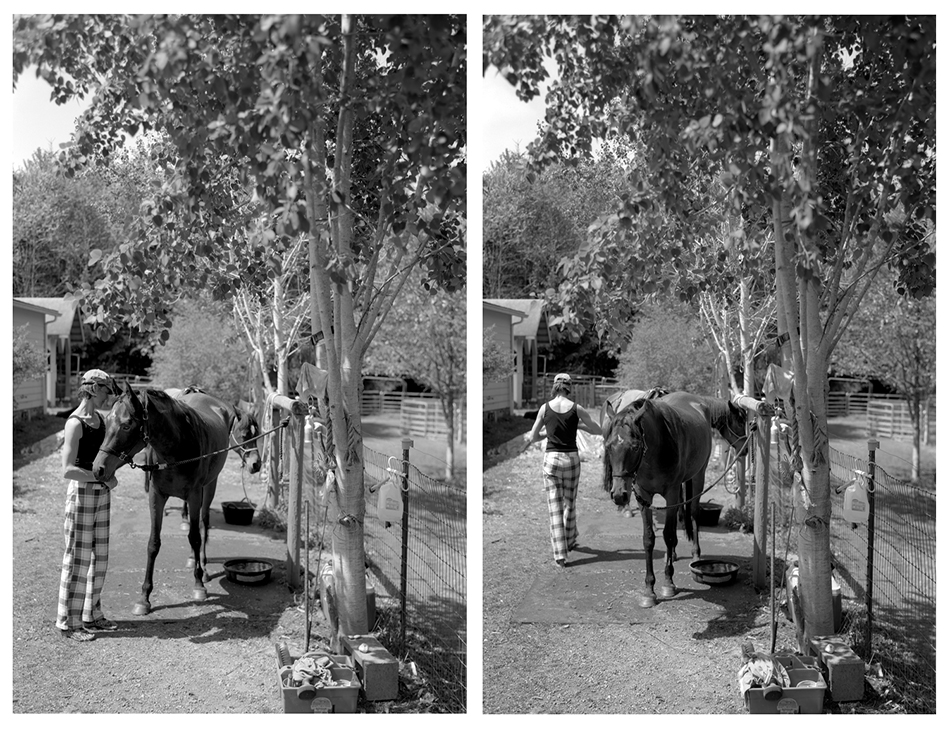 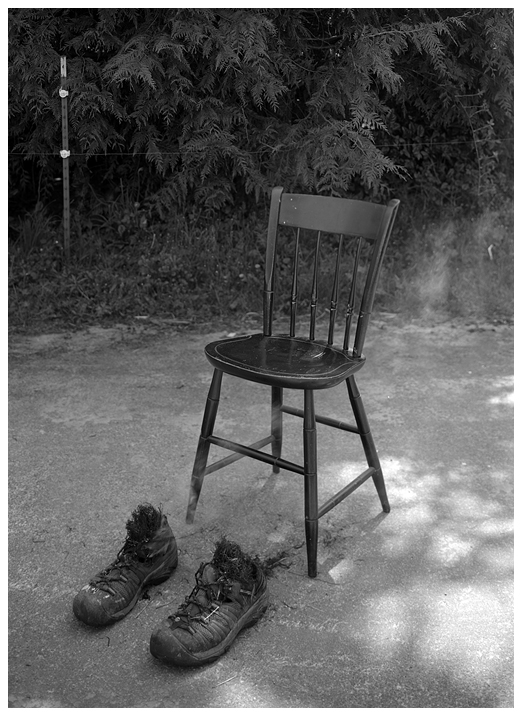 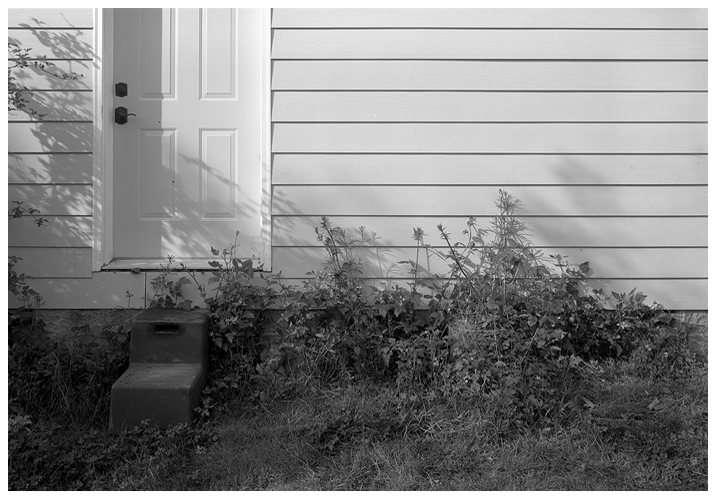 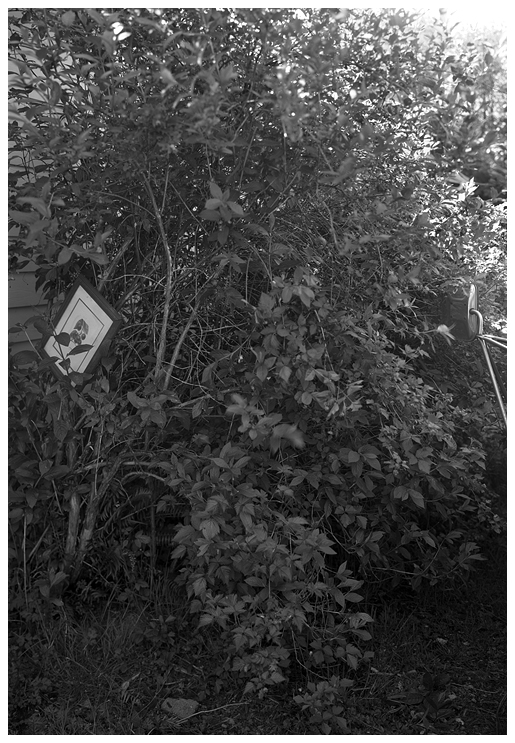 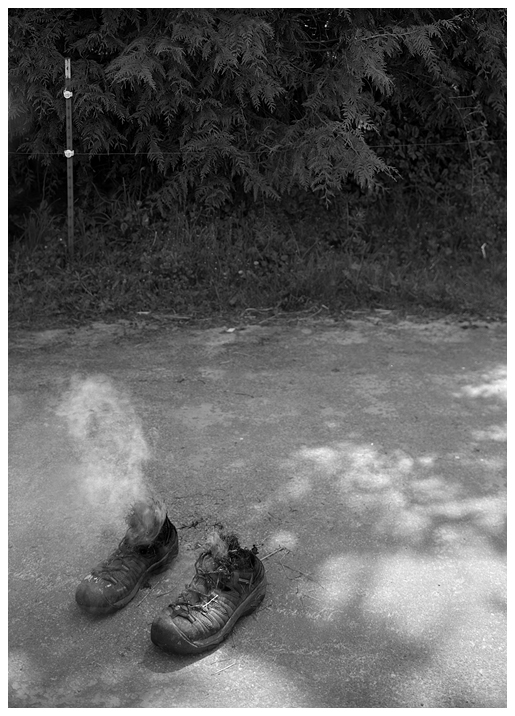